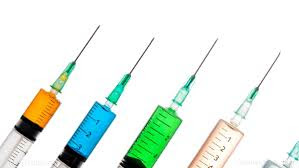 With the recent advances in technology, society’s expectations are at an all-time high for the speed at which we get information. We are constantly connected to the rest of the world through our mobile devices with a near infinite number of sources competing for even a second of our attention. In such an environment, brevity and clarity in communication and writing are becoming much more valuable than style and tone. In the world now, the plain style reigns supreme.

So, what’s the problem? People are being presented with more information faster than ever before, shouldn’t that make us smarter as a society? Not necessarily.

A recent poll by the Pew Research Center found that 62% of American adults are getting their news from social media. Deep, complex stories and issues are being summarized in tweets and posts with the goal of generating the most clicks. Even tweets from the President of the United States Donald Trump are considered to be official statements from the White House. The leader of the free world now communicates to us the issues facing our country in 240 characters or less while in the past it was done through State of the Union addresses sometimes lasting longer than an hour.

This ethic of expediency and obsession with “giving the highlights” is giving way to gross oversimplification of important issues and topics which is not only disingenuous to the consumer, but also dangerous. A prime example of this effect is with the anti-vaccination (anti-vaxxers for short) movement currently underway. Since the emergence of vaccines, there has been opposition to them and never more so as to today. Anti-vaxxers claim of a link between vaccines and autism as well as a reduction in the effectiveness of vaccines. These claims have all been refuted by science, yet they are still still presented as fact on forums, blogs and social media.

Take for example this article from the Walking Times titled “5 Vaccines to Never Give a Child”. The Walking Times is an online magazine that "awakens the highest expression of the self” and its author, Dave Milhalovic is a “Naturopathic Doctor” specializing in vaccine research. The article is written in the plain style and a victim of oversimplifying the complex topic of vaccine immunization for the sake of brevity and clarity.

According to the Center for Plain Language, writing in the plain style is a five-step process. The first step is to identify one’s target audience and user base and write for them. The author also self-identifies his target audience as “[a group] still partially affected by medical propaganda from the last century and insists there are at least some “good” vaccines; and [another] group [that] has a total blind loyalty to what has been erroneously declared as “vaccine science” and will defend all vaccines regardless of any resources or evidence that presents the contrary.”

The second step is to structure the content to guide the reader through it. This is accomplished in the article through subheadings and providing links to referenced studies and articles. A format increasing in popularity on the internet. The third step is to write the content in the plain language and to have a conversational tone with active voice.

When conducting a readability analysis on the article, the writing was found to be around an average grade level of 13.3. Do note that this reading level is slightly elevated due to the medical jargon present. Nevertheless, it is written in a conversational tone with simple words and short sentences. Take for example this sentence.

“Mumps used to be a routine childhood disease. Many of you reading this likely had your turn, the virus ran its course while you stayed at home in bed, and you’ve been rewarded with lifelong immunity. In most cases mumps, like many of the childhood diseases we’re now vaccinating our children against, is not a serious disease.”

Ignoring the completely incorrect information regarding the seriousness of the mumps (which can lead to meningitis, ovarian inflammation and profound hearing loss, not to mention it is one of the most contagious diseases), we can see that the language is plain, easy to understand, and utilizes transitions to connect ideas.

The fourth and fifth step of the process is further optimization of the structure and content to adhere to the needs of your target audience which is accomplished through listing versus using coordinated and subordinated sentences.

Now that we’ve established that this article is written in the plain style we can get to the truly important part; the oversimplification and misrepresentation. The author frequently cites studies and articles but misinterprets the findings. For example, he states

“Another remarkable fact is that although all pregnant women are encouraged to receive the flu vaccine by health and medical authorities, the safety and effectiveness for pregnant women or nursing mothers has also not been established. Perhaps this is why studies show many spontaneous abortions and stillbirths after pregnant women are vaccinated.”

The linked study was conducted a Neil Z. Miller, a journalist, and Gary S. Goldman who has his doctorate… in computer science. The study, even if it is from two unqualified sources, states that “A closer inspection of correlations between vaccine doses, biochemical or synergistic toxicity, and IMRs, is essential.” Which means that they were unable to prove anything. Mihalovic interprets this casual correlation as causation.

In another part of the article, Mihalovic cites the lowering effectiveness of the whooping cough vaccines as evidence for its “uselessness”. This is another oversimplification because, while true that statistically the vaccine is less effective, it is due to a decrease in vaccinations from the anti-vaxxer movement which affects the herd immunity aspect of the vaccine.

Mihalovic assumes that by using this simple, clear style of writing that he is helping his target audience. He even describes this as his “use specific techniques to deal with each group when communicating information as each can only go down the rabbit hole so far.” What he is actually doing is misrepresenting facts and promoting misinformation to prove his point.

Dangers of the Plain Style

The question then becomes one of intent? Is this all an honest mistake and a display of the shortcomings of the plain style? Or was he malicious and deliberating misrepresenting information and oversimplifying concepts to deceive?

The answer is both. The plain style has its uses to be sure. If you want a list of the top five things to do in Reykjavik, Iceland for a vacation, it is best to give us the information simply, quickly, and clearly. However, when it is something as serious as vaccinations and disease, we cannot afford to condense hundreds of complex and dense scientific studies into five bullet points. There is simply too much information lost along the way.

Then there is the malice which I see as the true crime here. Dave Mihalovic is a fraud and a cheat. He is a self-declared doctor that twists scientific findings to say what he wants them to say. He profits off this anti-vaxxer charade and uses the plain style to make it seem like a simple issue when it most certainly is not. He even literally says he is “not a fan of those that sit on the fence when it comes to vaccination”  and that “all vaccines are useless.”

As the plain style becomes the expectation of consumers, we risk setting articles like Mihalovic’s equal to the lengthy and jargonistic scholarly articles of academic journals and reputable newspapers. Though the plain style has its uses, there is a very real danger here that we all as consumers must face. If we don’t, we risk men like Dave Mihalovic profiting off our laziness and endangering lives in the process.

Email ThisBlogThis!Share to TwitterShare to FacebookShare to Pinterest
Labels: plain

How to do (and not do) things with words

A Collection of Rhetorical and Cultural Critiques -->